Home Is Not A Place (Album Version) 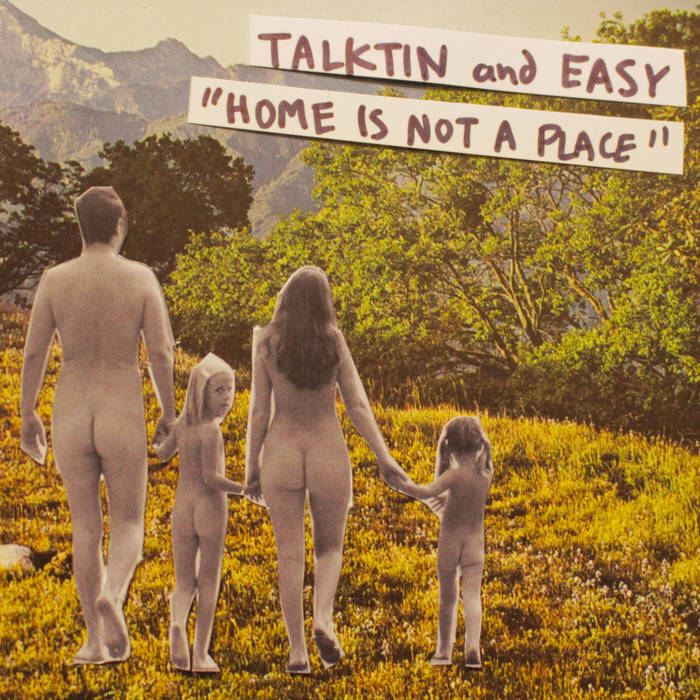 I was walking through the forest on a brisk, sunny morning, when I came across a cave.

I peered inside and looked from the mouth of the cave, sun still shining on my back.

The total darkness enticed me so I walked into it.

It felt cold and damp, but something about it pulled me closer.

I was alone in there, totally alone.

But I wasn’t afraid and I kept moving toward the black.

The light from the mouth of the cave was being swallowed as the cave began to twist.

I kept on with no light from my phone or candle to boot.

It was almost a pleasurable feeling, that aloneness.

I was buried in it.

Once the light completely disappeared, I could feel it.

I wasn’t paying very much attention to time.

But how long had I been walking?

I couldn’t even see my arms in front of me.

All of a sudden, I realized I didn’t know which way was which.

I began to panic and think about how I was ever going to get back.

I stood there completely silent for a while, trying to see if I could hear any signs of life.

I tried screaming and wailing and crying and moaning and focusing on nothing and nothing made a difference.

I was lost in a cave.

After I calmed down a bit, I realized there was only one thing I could do.

I began to sing the most beautiful song I could think of.

At first I sang quietly, but soon I was singing at the top of my lungs.

And it sounded good in there.

And the song filled the cave and made me forget that I was lost in the first place.

**********
The lights in here are all burned out,
And it's a lot colder in the basement.
If you think I won't miss having you around,
Well then you're sadly mistaken.

**Don't think home is a place,
Cuz I think that it's a feeling.
And I don't really get that feeling anymore.

My best jeans are all worn out,
They've got holes in the crotches.
At seventeen, I would have not sold out,
But I need money in my pocket.

And my mother dances in the living room all by herself,
While my father sits and blankly stares, in prayer with television.
Are they bored with what they are, or are they sleeping with their eyes wide open?
But I can see it in her sailing eyes, that she will never lose her hope strings.
Is there anybody out there who can hear just what I'm saying?
Do we really have to live our lives not knowing where we're going?
And I don't mean what's your job?!
I mean, what inside you glows?!
And what do you see when you look into the vacuum of this giant fish bowl park?

From the full-length record "All in our Family of Trees" due out October 19th, 2018

Bandcamp Daily  your guide to the world of Bandcamp